“This is an album that will reward your time with real richness. Listen to it in the summer sunlight and be caressed

22 Layers of Sunlight “is a very well-crafted set of songs, clearly put together with passion and care by the musicians involved and certainly recommended for all prog fans.“ Full Review –  PW – Rock Society

“This band creates the perfect soundscapes…another wonderful release from Tony Lowe and ESP. There’s not a track on 22 Layers Of Sunlight that did not sound perfect or had any missing notions.” Professor Mark – The Progressive Aspect

“ESP 2.0 have done it again with another album full of intriguing and enjoyable music. ’22 Layers Of Sunlight’ will certainly propel them further into the upper echelons of progressive music. **** ” Jason Ritchie – Get Ready to Rock

o see Lowe and Coyle with their own agenda and what they do on their own terms…and on their own terms comes a grand concept…the album presents a lush listen…what stands out are the congenial and extended song arrangements…all controlled and contained in a warm and rich decoration.” POWERPLAY Issue 207 – Full Review

“ESP 2.0 ‘22 Layers Of Sunlight’ After being slightly late to the party for the ESP debut album…..I made sure I turned up early for the follow up, and without doubt this is one of 2018’s finest albums!!!” – Garry Foster – Prog Rock Files

“Having heard the whole album, I can only say, it’s a cracker! I thought the first album was great, but this has surpassed that one, well done!” Campbell Stewart – The Fatman’s Rock Show 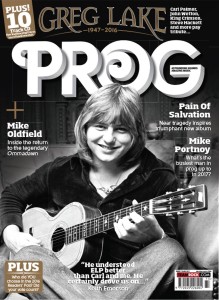 “Evocative and ambitious.…From the first moments of Overture it’s apparent that we’re dealing with quality…Stylistically, this is solid classic/symphonic prog.” GMM – PROG January 2017 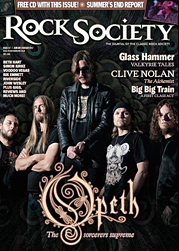 of 2016 – “Tony Lowe and Mark Brzezicki may have released the BEST new music in progressive rock in years. From the opening song  “Overture” to the closing “Almost Seen” every piece is simply superb…One of the best albums of 2016 and maybe of the decade.” Read the rest of the review by Benjamin E. New Esq. at Without Shoes

TOTP Pick of 2016 – Thanks to The Progressive Aspect and Mark A France who included ‘Invisible Din’ in his top three albums of the year; “Lowe & Brzezicki’s ESP/Invisible Din: Tony Lowe and Mark Brzezicki very recently released what I am calling one of the BEST progressive rock albums in years. From the opening “Overture” to the closing “Almost Seen”, this is a true voyage for the prog aficionado!” The Progressive Aspect 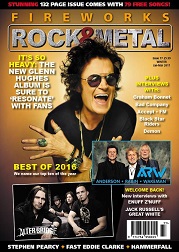 “…one of the best prog releases this year. Fantastic album!” – Campbell Stewart

“I’ve now listened to the album three times and the concept stands up really well. The production adds a Floydian feel to some of the material and the tracks evoke appropriate emotions: sometimes reflective, sometimes elation. The work is remarkably melodic…and repeated listening has revealed further layers and previously unnoticed jazzy moments. It’s impossible to choose a favourite track because the album holds together beautifully. ESP: All symphonic progressive rock fans should buy Invisible Din and make every effort to go to see them on tour.” Gareth’s Prog Blog

“Invisible Din is an excellent album, the kind that the leaders of prog used to make, fashioned over hours of careful and thorough practice….a wonderland of sounds that will take you back to a different era. Get this album and experience music made by consummate professionals, the way it used to be.” Professor Mark – The Progressive Aspect

TIP (Highly Recommended) – “The traditionally constructed symphonic rock has a melancholic atmosphere… due to the prominent, often compelling guitar playing and the 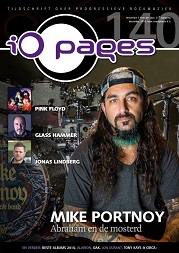 4/5 Stars – “The symphonic/big sound created make this album one that will stand up to repeated plays. Interesting listen and it certainly grabs the listener’s attention taking them on a marvelous musical journey.” Jason Ritchie – Get Ready to ROCK!

9/10 Stars – “Invisible Din” is quite brilliant, and surprisingly accessible…the songs are epic journey’s often encompassing two or three parts, and many with huge instrumental passages – and the phenomenal Saxophone of Jackson at the end of “Through The Dream” is worth buying this record for alone – but all with the idea that this should be enjoyed not endured and there is nothing remotely “challenging” (always a dread word) about this quite glorious 70 minutes.”  Andy Thorley at Maximum Volume Music

4.5/5 Stars – “…it’s difficult not to be swept away by the masterful touch and sounds on show. Keep in mind however that Invisible Din is a slow burn, an album t 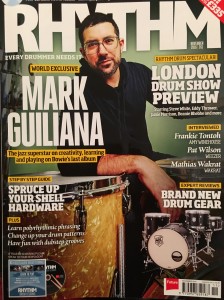 hat at first feels intriguing, before slowly revealing its true and quite breathtaking strengths. There’s little doubt that prog is where it’s ‘at’ once again, stunning albums seemingly dropping from nowhere on a monthly basis to amaze and impress. What Lowe and Brzezicki have created with ESP however, is right up there with, if not beyond many of the best of them.” Steven Reid at the Sea of Tranquility

“It’s top quality prog no matter where you drop the needle, but early doors it’s “Through The Dream”, “Searching The Banks For A Memory” and “Almost Seen” that get me moist.  An essential album for prog fans.” Zeitgeist and The Rocker

“Esp -’Invisible Din’-listened to it in its entirety. It just about blew my mind! Beautiful arrangements, magical production and so emotional and dramatic – enrapturing, captivating, a masterpiece! Absolutely fantastic. Made me well-up in places. That sax, lead guitar, violin – powerfully emotive. The drumming is just phenomenal.”

Thank you to those who have taken the time to listen to, and review, the album~ 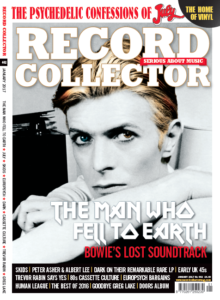 Thank you to Andy Rawll for a wonderful review of the launch gig in the January edition of ‘Record Collector’…”Lowe cleverly combines sumptuous orchestration with incisive guitar and keyboards, compelling lyrics and soaring vocals. The critical fifth element is the intricate, precise rhythms of Mark Brzezicki…A triumph of style and substance” Record Collector January 2017

“From the outset it was obvious that the band were a really tight-knit outfit, playing densely layered lines of largely instrumental prog of the highest order with three lead instruments available at any one time over a solid, busy rhythm section. The keyboard patches were accurate reproductions of 70s analogue sounds but all the instruments were distinct and the whole sound well-balanced in the low-ceiling venue. It was possible to detect influences as varied as early Genesis, post-Gabriel Genesis, UK, and even a little Pawn Hearts-era Van der Graaf Generator…” Gareth’s Prog Blog

Mark Brzezicki
Drums: Widely known as being the drummer in Big Country although his list of live and studio credits is endless, including Phil Collins, Sting, Procol Harum, The Cult and Midge Ure.

David Cross
Electric Violin: David was violinist in King Crimson and famously played on ‘Larks Tongues in Aspic’ album and ‘Starless and Bible Black’ as well as touring extensively with the band which included Bill Buford and John Wetton. Now involved in many different recording projects including the David Cross Band. David and Tony worked together when they produced the ‘Cross and Fripp’ album ’Starless Starlight’ together in 2015, although their collaborations go way back.

David Jackson
Saxophones/Flutes: David played Saxophones and Flutes through various electronic devices for many years in Van der Graaf Generator. He has also played with Peter Gabriel and Keith Tippet amongst many others which includes 18 Italian bands since 1970! David Jackson’s inspiration originally came from childhood experiences of popular music, jazz, rock and folk. He is also an extraordinary interactive performance artist and the creator of Tonewall.David worked with Tony and David Cross on the ‘Starless Night’ concert at the Bedford in 2015.

Phil Spalding
Bass: Mostly known for his work as a bass player with some of the biggest names in the industry, including Elton John, Mick Jagger, Robbie Williams, Mike Oldfield and Seal.

Steve Gee
Bass: Along with his current band, Landmarq. Steve has also played with John Wetton (Asia, King Crimson, UK, Roxy Music) and Pete Banks, the original guitarist from Yes, amongst many others.

John Young
John was classically trained at Liverpool Cathedral on the keyboard and voice and has played with many famous artists over the years, including, Greenslade, Asia, John Wetton, Fish, Paul Rodgers, Bonnie Tyler and many more. John has also written music for various TV productions. A consummate player and performer currently with the band Lifesigns.

Alison Fleming
Vocals: Alison’s work is lit by her vivid imagination. Her intuitive, heartfelt, often dramatic lyrics can be candid yet ambiguous making them a perfect match for Tony’s evocative and imaginative music. As heard on many of their collaborations her clearwater, ethereal voice lifts this material to new heights of beauty.

Yumi Hara
Electric Harp: Recently took up harp for ‘Half the Sky; music of Lindsay Cooper’ project. Yumi has collaborated with many musicians as a pianist and vocalist including ‘The Artaud Beats’, ‘Jump for Joy!’, ‘you me & us’ (with Daevid Allen and Chris Cutler) and an album with Hugh Hopper.

Pat Orchard
Acoustic Guitar: Pat has written and recorded several albums of his own material and has toured extensively. He has also supported Annie Lennox, Johnny Cash, Emerson Lake and Palmer and Richard Thompson.

a thing behind another thing